Dr. Hempson’s research examines the socio-material and knowledge practices involved in the making of the modern Indian economy in the late colonial and early postcolonial periods. She is currently revising her dissertation, titled “The Social Life of Khadi: Gandhi’s Experiments with the Indian Economy 1915-1965," for publication.

Khadi, or handspun, handwoven cloth, is perhaps the most well known of all Indian material artifacts, having served as the unofficial uniform of the Indian nationalist movement. However, it also played a vital economic role, for it lay at the center of Mohandas Gandhi's alternative vision of the Indian economy. This alternative vision called for a shift in the prevailing mode of economic development toward one that was more equitable and sustainable, concerned above all with the empowerment of individual artisans. In these and other respects, Gandhiji's vision of the economy diverged sharply from the one subscribed to by many of his contemporaries: that of a territorially bounded national economy governed by the directives of a developmental state. Still, despite the potentially transformative nature of Gandhiji's vision, historians have mostly overlooked his contributions to Indian economic life on the grounds that his economic program was never realized. My examination of khadi will demonstrate that this was not true, however, and that Gandhiji was the founder of an alternative vision of the Indian economy and an alternative form of economic practice. 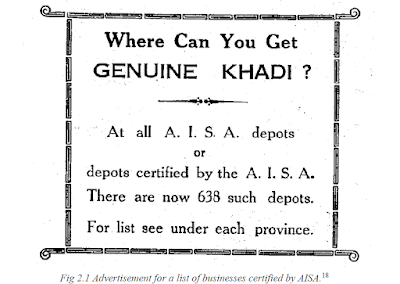 Here are two dissertations by Dr Leslie Hempson. It seems that she has done more research on Khadi than any other Bharatiya. The bibliography at the end of "The Social Life of Khadi" is particularly very extensive. It has titles of almost every literature ever created on Khadi. 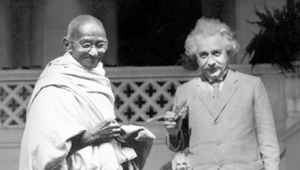